The European Parliament’s economic and monetary affairs committee today voted on draft EU legislation on bank resolution and the creation of single mechanism for banking resolution. The Greens welcomed the outcome and called on EU governments to move towards this position. Commenting after the vote, Green finance spokesperson Sven Giegold stated:

“MEPs have today voted for a single resolution mechanism worthy of the name. Today’s vote would ensure the crucial second pillar of the fledgling European Banking Union adopts a truly Europe-wide approach to dealing with failing European banks. If we are to learn the lessons of the financial approachcrisis, this approach is vital. Hopefully, EU finance ministers – who have hitherto been picking apart the original proposals from the Commission – will now see sense.

“Today’s vote would create a true and independent single resolution authority covering the whole European banking sector. It would see the European Commission take the decision to restructure a bank, based on a proposal by a resolution board where all participating member states would be represented. This would be complemented by a single resolution fund, drawing on contributions by the banks themselves, so as to fund resolution actions. Only this approach will ensure a coherent European approach to what the financial crisis has glaringly revealed as a European problem.

“The overarching goal of this crucial banking union pillar on bank resolution should be to limit the exposure of taxpayers and ordinary savers to future bank failures to an absolute minimum. To this end, EU legislators have a duty to deliver a coherent and robust legislative framework.

“Unfortunately, EU governments seem intent on undermining the very essence of the mechanism. Their insistence on retaining control over ‘their’ banks would create a cumbersome and unmanageable patchwork. The mooted preference for establishing the resolution fund by a new international treaty, rather than as an EU mechanism, would lead to a new legal quagmire. The complicated voting arrangements being mooted would render the mobilisation of the fund very difficult. This would leave us back at square one, with individual sovereigns footing the bill for bank resolutions and the devastating consequences this has been shown to have for public finances.

“We hope EU governments will change tack. The European Parliament certainly now has a coherent basis to push them to do so.” 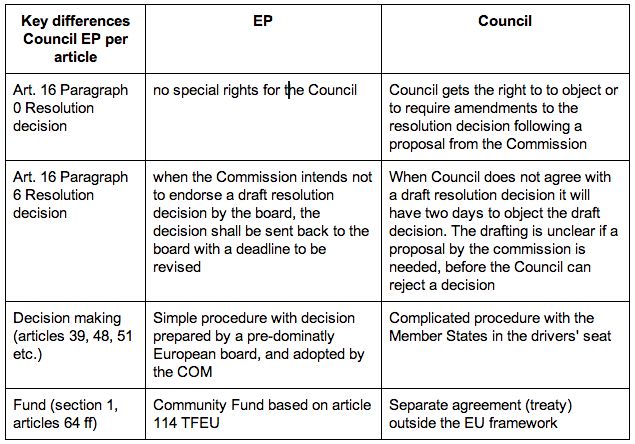 Please sign our second Italian-German appeal to the governments of all member states and to the EU institutions!
#WeAreInThisTogether

With Tilo Jung, host of “Jung & Naiv” about tax justice, climate protection, lobbyism and much more (in German.)