Green MEP Sven Giegold is intent on improving the image of the Ucits brand, which he suggests has become tarnished in some parts of the world.

“In Asia, regulators say they do not trust Ucits as a retail brand any more. That is very bad,” he told FTfm.

His comments come as European regulators thrash out which assets and types of exposure should be grouped together under the Ucits umbrella. The aim is to introduce more transparency and simplicity by classifying funds as complex or non-complex through upcoming reforms to the Ucits directive.

The campaigning politician, who is steering pay curb proposals for fund managers through the European Parliament as part of Ucits V reforms, wants to protect the label’s reputation.

He believes the lack of trust stems from the pre-crisis practice of “allowing anything” to be put under the Ucits label, such as more complex hedge-fund-like vehicles. They have introduced more risk taking, “endangering the success of the Ucits market”. 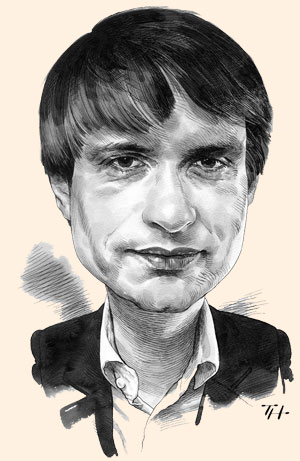 ‘I did not backpedal’

Fund managers could be forgiven for believing Green MEP Sven Giegold is the newest scourge of the industry.

Last month the campaigning German politician, who is leading negotiations to extend pay curbs for bankers to fund managers, steered proposals through the European Parliament’s economic and monetary affairs committee aimed at capping asset managers’ bonuses at 100 per cent of their salary – the first step in a long process to EU-wide legislation.

Does the outspoken politician worry about becoming the enemy of the industry? He shrugs off such suggestions during a recent interview at the EU parliament in Brussels.

“I want more prudence [on pay and bonuses] in the industry,” he says. Most people, including his voters, think there is a “parallel universe” when it comes to pay structures within financial services compared with other sectors, such as manufacturing, he believes.

“Everyone accepts that the culture of maximising income or maximising profits in this field [financial services] has created a strong appetite for risk,” he says.

“Of course the ones who will be capped will not like it,” Mr Giegold adds. But he continues: “If you talk to individuals in the industry, they are quite ashamed by some of this and they also understand that we are building investors’ trust, which is important for capital markets.”

When asked if he has run into strong opposition from the asset management industry on the proposed bonus cap, he says no. Surprisingly he says he has encountered “little” lobbying. “[But] of course I talked to everybody – to the different fund industry groups – about the process. You cannot make laws for a sector without talking to them,” he points out.

While mindful of having a fair and open consultation process, Mr Giegold is quick to highlight that the financial services industry faces caps because it failed to regulate itself.

He believes the pay curbs are far from draconian. He describes them as “limited”, pointing out that if these rules are not accepted, the market “could end up with far less liberal ones”.

In the short time since the proposals were steered through the European parliament’s economic and monetary affairs committee, the MEP has already been reported to have softened his stance on pay curbs for asset managers, doubling the bonus-to-salary ratio from 100 per cent to 200 per cent if the majority of shareholders agree.

But Mr Giegold is having none of this. “I did not backpedal … I have not changed my position at all.” He maintains he always wanted the same pay restrictions for fund managers as for bankers in order to create a level playing field.

Moving on to the issue of why the pay curbs should be inserted into reforms for Ucits funds, an investment product that can be sold across EU borders, Mr Giegold suggests it is the obvious place for such reforms.

“The European Commission has decided remuneration is a key issue of Ucits V. These issues are linked to remuneration and belong within the Ucits V directive,” he says.

He does not believe the pay restrictions will damage the Ucits brand. “If there is a good regulatory framework [in place], it will increase investors’ trust and this is absolutely critical when it comes to asset management,” he says, adding that there are far too many evasive arguments within the industry aimed at “circumventing” legislation.

He hopes the European Council will vote on the proposals next month. However, he thinks this may be an optimistic time span as “the council has not even started to decide on its position [yet]”.

Another proposal he is driving – which he hopes will become part of the Ucits reforms – is to impose penalties on fund managers that charge high fees but deliver mediocre or poor performance.

Fund managers do not calculate their performance fees fairly, he says. If fund managers want to charge a “performance bonus” when the stock market goes up, they should also reduce their fees when it goes down.

He is also keen to ensure fund managers use “properly constructed” benchmarks with which to measure their performance. “We have seen examples where the portfolio entailed [more] risks than the benchmark and so that it was easy to beat.”

He adds: “We received quite a lot of applause for these rules – much of it from the industry.”

Mr Giegold did not follow the usual route into politics, which he entered in 2009 following stints at non-governmental organisations. He co-founded both the German branch of Attac, the global justice network that campaigned for a financial transaction tax, and the London-based arm of the Tax Justice Network, which opposes tax evasion and avoidance.

Both groups helped to shape his current focus, a focus that includes taxing financial income, protecting consumers from rogue financial products and, on a broader basis, seeing to it that rules affecting financial services are implemented properly, all of which he describes as his “pet projects”.

One of these is the roll out of a Europe-wide framework for sharing tax information, aimed at curtailing tax evasion. Over the past two weeks, six of the largest EU countries have agreed to the initiative – which is based on the US Foreign Account Tax Compliance Act. More countries are expected to follow.

The breakthrough has delighted Mr Giegold, who says efforts to organise a crackdown in the EU are now “mainstream”. While a global effort to stamp out tax evasion would be even more welcome, he recognises it may take some time.

Waiting for a global directive is like “waiting for Godot”, he says.

On a more playful note, the energetic MEP recently launched a competition to identify Europe’s most dangerous financial product, with an eye to flagging it up at regulatory level.

Agricultural funds, a hot topic of public concern and often viewed as a way to speculate on food prices, won the title. An investment product linked to oil sands took the number-two spot.

So what is the next initiative on Mr Giegold’s list? Not much, as he still has a lot to do with what he has undertaken, he says.

“I will watch very carefully what will happen with Ucits VI legislation.” There is still much to be done on this front, he warns.