After the big Green wins at the European Elections and the French Municipals, the Green Wave washed into Germany and turned the state of North Rhine-Westphalia Green!

In yesterday’s local elections in North Rhine-Westphalia, Germany’s most populous federal state with over 14 million registered voters, the Greens won an overall of 20%, up from 11.7% in 2014 (1.45 Mio votes compared to 837k in 2014 in city and county parliaments alone). The result is even more impressive in seats, where the Greens won over 3500 mandates all over the state. An increase by about 75% since the 2014 elections where we won 2000! Of these 3.500 mandates 705 are in major city and county councils – up from 396. That means: There are now strong Greens in virtually every local parliament, often as the second strongest party. In Aachen, Cologne and Bonn, Greens now hold a majority in the city councils.

In the major cities of Aachen, Bonn, Cologne and Wuppertal Green Mayoral candidates have reached the second round to be decided on 27 September. The odds are very good to win some, if not all those races. That would mean that after Strasbourg, with Aachen, the City of Charlemagne, another truly European city would also have a Green mayor. The famous Prix Charlemagne („Karlspreis“) will most likely be presented by a Green mayor.

In NRW’s largest (and Germany’s 4th largest) city Cologne, Greens have topped the polls for the city council and the Green-CDU candidate for mayor ist most certainly re-elected in the second round being only a few percents short of the absolute majority in round one. 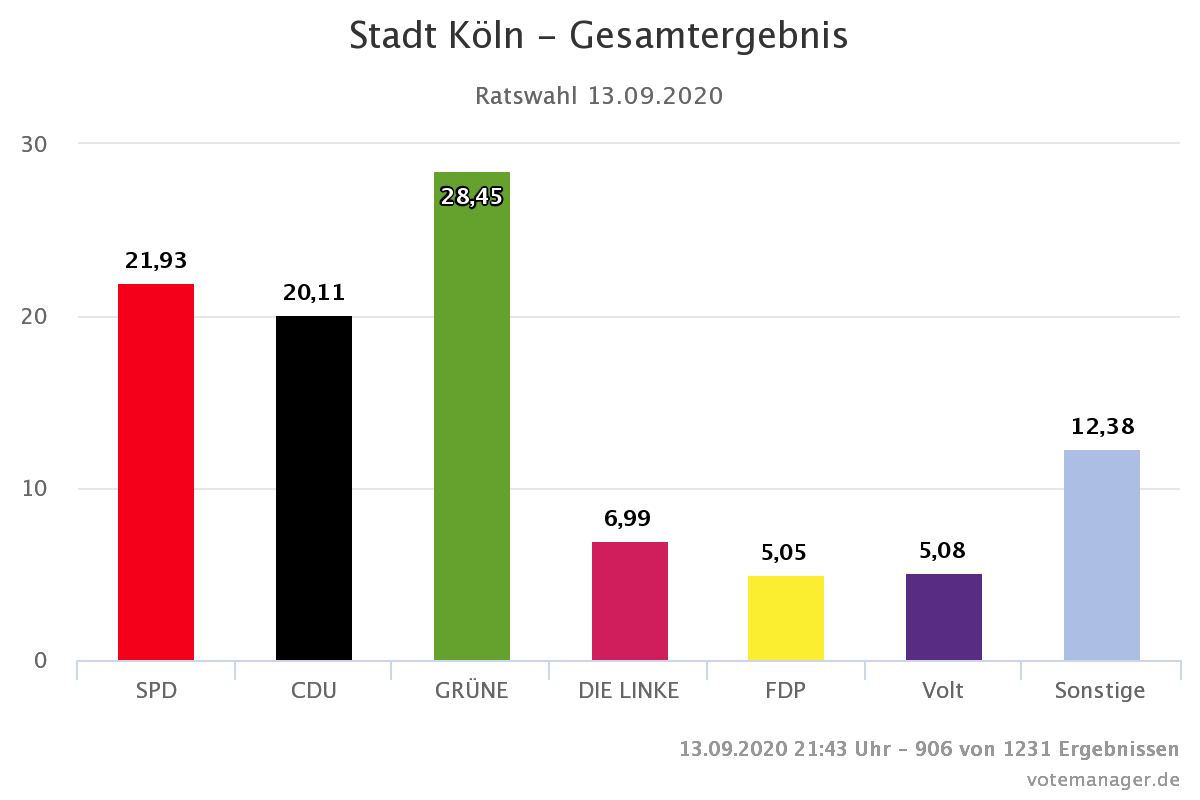 Those results are even more remarkable considering that North Rhine-Westphalia (“NRW” in short) has a wide mix of big cities (4 of the 10 biggest German cities) as well as smaller cities, metropolitan and rural areas. NRW is best known as the industrial powerhouse of Germany that has undergone a transformation away from mining and heavy industry.

Historically, NRW was considered the heartland of the social democrat SPD, which has now seen its worst results ever in local elections in our state. The same is true for the Christian Democrat CDU which was for a long time virtually unbeatable in rural areas. The Green Wave has now washed those old certainties away and Greens are pushing forward everywhere.

As in the European elections, the strongest support came from young people, showing that the Greens are the party of the future. But importantly, we strongly increased the Green vote in all age groups, showing that our Green vision also reaches more and more people of all generations. 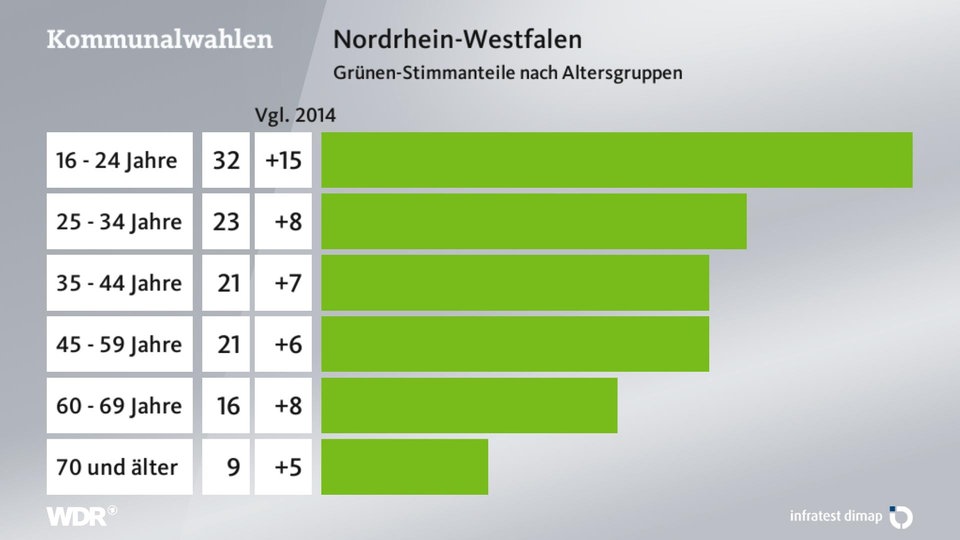 The Green Wave is also a Climate Wave. Despite the Corona pandemic, “Environment & Climate” topped the list of topics people voted on. The fight against Climate Change has really arrived in the middle of the society and will stay there. This is really good news for the climate. 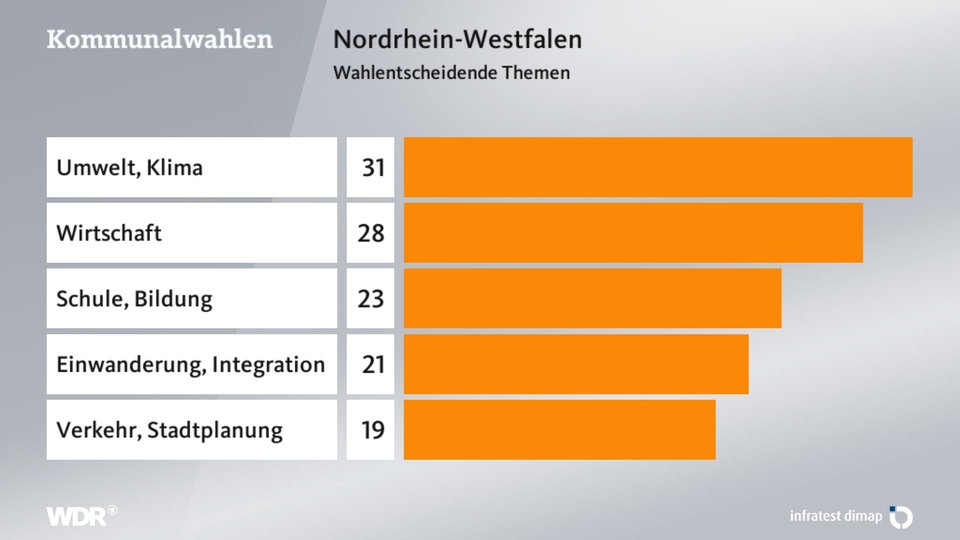 Also, the Green Wave is bringing gender justice into local politics. As the only party, our elected people are distributed gender equal, thereby increasing the number of women in the local parliaments, but still being far away from gender parity overall.

Importantly for the way ahead and our European discussions, VOLT has received marked support especially in larger cities, at times above 5%. That shows that there are young, progressive and mostly federalist-thinking Europeans for whom us Greens don’t feel like a home yet.

Ending with good news, the far-right AfD failed to make large state-wide gains. Showing that despite the uncertain times, the Green message of hope is stronger than the right’s message of hate and division.

This European Green Wave is now on its way to Berlin. With this level of support, Greens can win big next year and finally be able to end the maddening blockades, inaction and European lack of ambition that the current federal government so abundantly shows.

Finally, we want to thank all our European friends who helped in so many ways. The Green Wave continues.