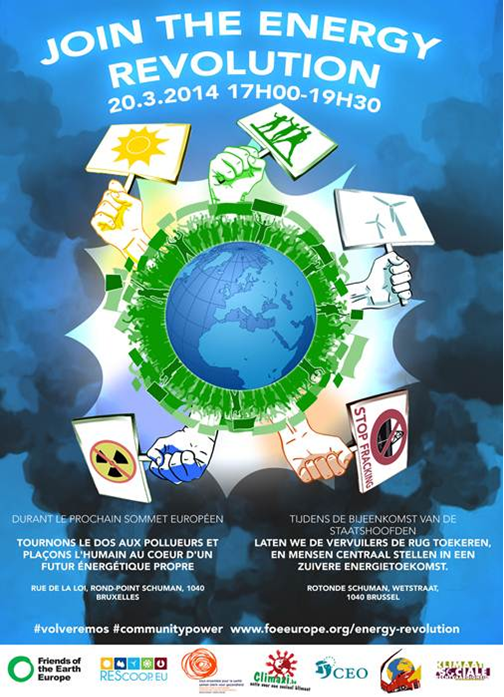 On March the 20th European Heads of State will meet to discuss EU climate policy. On this occasion, the Greens/EFA group will join a demonstration organised by a couple of NGOs.

We will be there to show that we are frustrated with the lack of urgent action and that we need a real energy revolution.

I invite you to join me and our giant green polar bear Bernadette at the Schuman roundabout on Thursday, at 5pm.

We’ll assemble close to the building where the Heads of State are meeting. Then we’ll turn our backs and create a colourful display of real, just energy solutions, followed by inspiring words from the climate and social justice movement.

We need a just energy transition. We need to stop dirty energy developments like nuclear, coal and shale gas. The threat of runaway climate change makes the energy transition urgent, but EU leaders are not keeping their promises on climate change. The current proposal on the table from the European Commission is weak and insufficient. It recommends such low climate and energy targets that the door would be opened for shale gas, nuclear and other dirty energies. 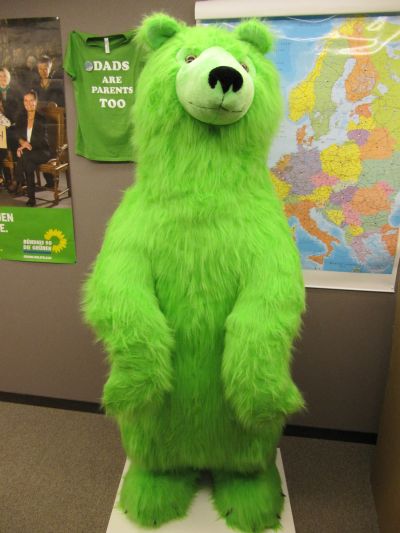