This week, the political groups in the European Parliament handed in their proposals for a motion for a resolution on the recent Cum-ex scandal. The Greens are pursuing an ambitious agenda and call on Member States, the European Commission and the European Supervisory Authorities to end the harmful practices of tax avoiding through securities trading around the date of the dividend distribution. The exploitation of loopholes in national tax systems is said to have caused a damage to European taxpayers of at least EUR 55 billion.

A respective hearing in the European Parliament will presumably take place on 26 November, followed by the vote on the final Resolution on 28 November.

Green proposal for a motion for a plenary resolution against financial crime: 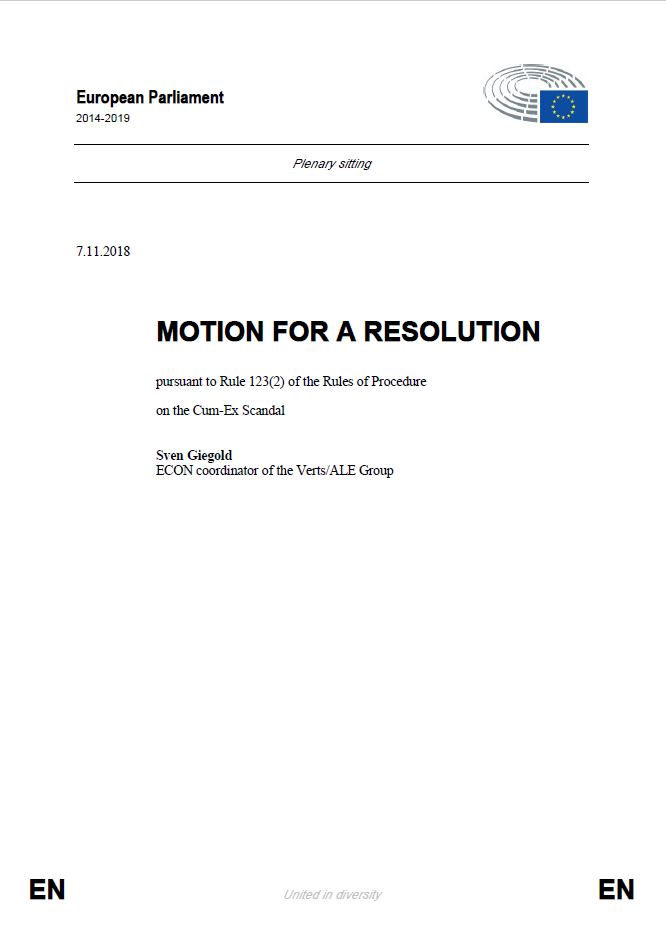 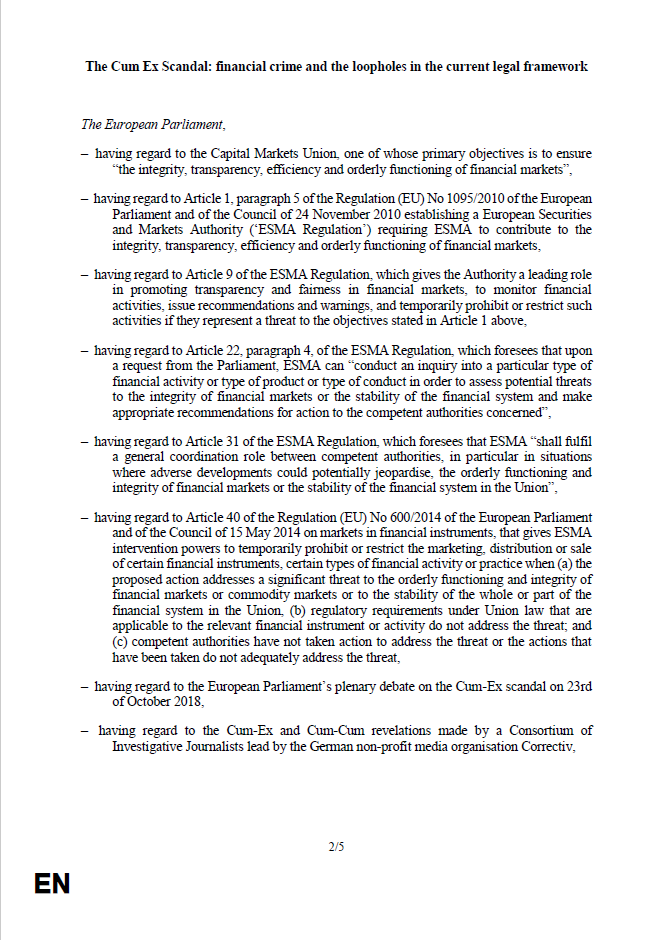 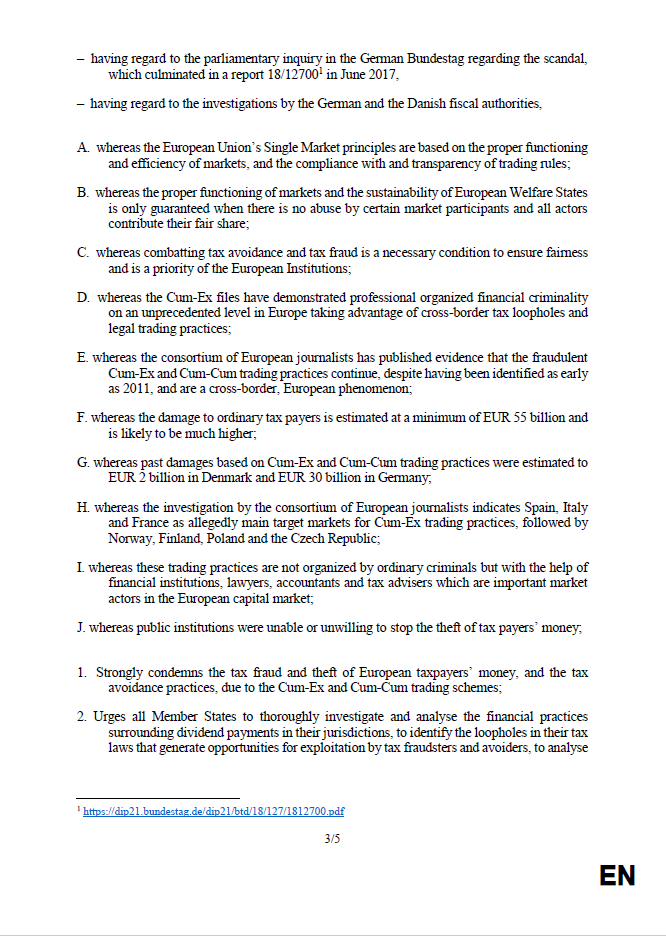 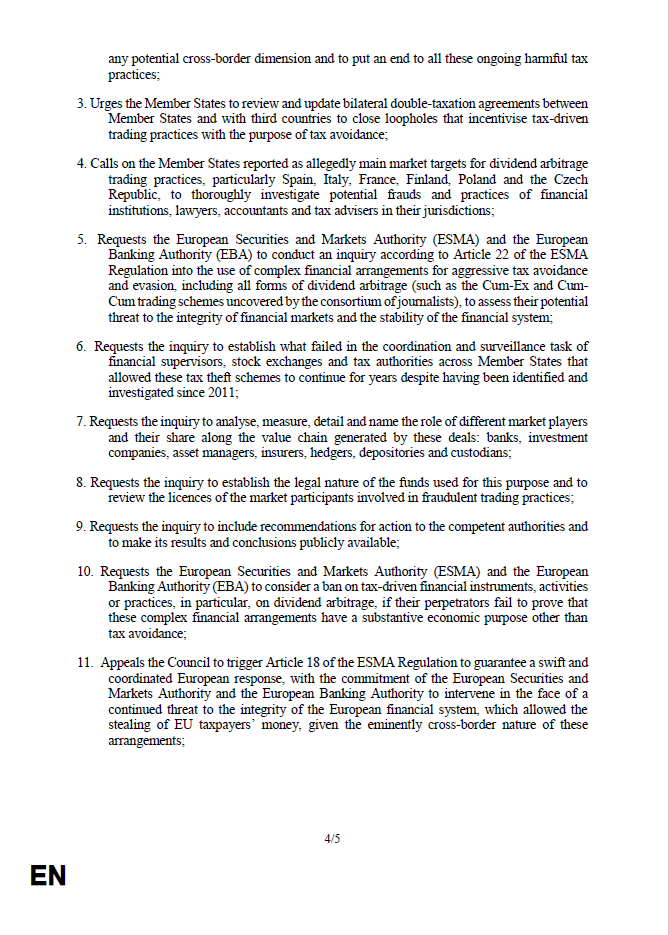 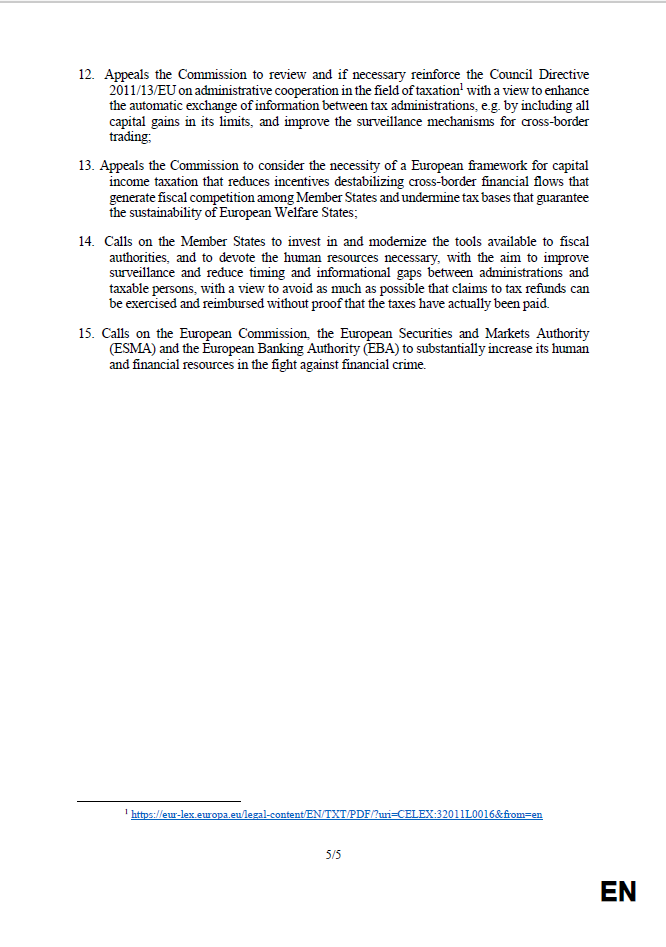