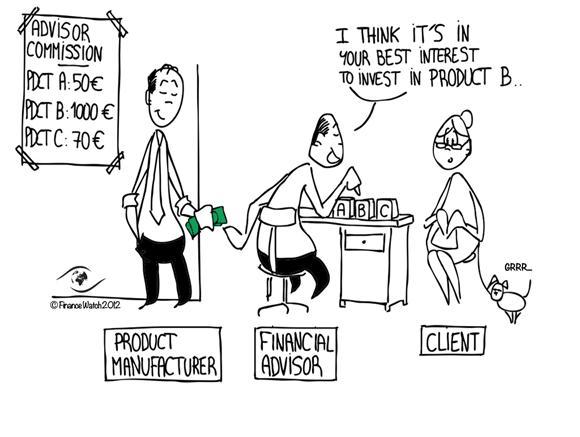 To: Members of the European Parliament

RE: Banning of inducements in MiFID II

Dear Members of the European Parliament,

The European Banking Associations (EACB, EAPB, EBF & ESBG) would like to comment on the current discussions taking place ahead of the plenary vote on MiFID this week in Strasbourg.

We are aware that there have been renewed efforts to fully ban inducements when providing investment advice. Our associations[1] are against a complete ban of inducements, which is neither supported by the European Commission nor the Council[2], for the following reasons:

We strongly believe that all investors should be able to have access to the best possible advice. The associations are convinced the present compromise – which limits the receipt of inducements to those that enhance the quality of the advice – finds the right balance between consumer choice and consumer protection. We are a firm supporter of the high level of transparency, as proposed under the compromise and believe that this will achieve the central objective of providing the most important high quality advice to all of our clients.

Given the above reasons, we encourage you during the vote in plenary to vote against amendment 2 and vote in favour of amendment 5 brought forward on behalf of the S&D, EPP and ALDE Group.

The European Association of Public Banks (EAPB) represents the interests of 40 public banks, funding agencies and associations of public banks throughout Europe, which together represent some 100 public financial institutions. The latter have a combined balance sheet total of about EUR 3,500 billion and represent about 190,000 employees, i.e. covering a European market share of approximately 15%.

Launched in 1960, the European Banking Federation (EBF) is the voice of the European banking sector from the European Union and European Free Trade Association countries. The EBF represents the interests of almost 5000 banks, large and small, wholesale and retail, local and cross-border financial institutions. Together, these banks account for over 80% of the total assets and deposits and some 80% of all bank loans in the EU only.

The European Savings Banks Group (ESBG) is an international banking association that represents one of the largest European retail banking networks, comprising about one third of the retail banking market in Europe, with total assets of over € 7.400 billion, non-bank deposits of € 3.300 billion and non-bank loans of € 4.000 billion (all figures on 31 December 2011). It represents the interests of its members vis-à-vis the EU Institutions and generates, facilitates and manages high quality cross-border banking projects. ESBG members are typically savings and retail banks or associations thereof. They are often organised in decentralised networks and offer their services throughout their region. ESBG member banks have reinvested responsibly in their region for many decades and are a distinct benchmark for corporate social responsibility activities throughout Europe and the world.

[4] Such a scenario to receive inducements while forwarding them to the client is envisaged under the current draft report under Article 24 (1c) (a), which can be found here: http://www.europarl.europa.eu/sides/getDoc.do?type=REPORT&reference=A7-2012-0306&language=EN

[5] We refer to the ECON Report as voted on 26 September and the subsequent compromise amendment 5 brought forward on behalf of the S&D, EPP and ALDE Group.

Dear Member of the European Parliament,

The review of the Markets in Financial Instruments Directive (MiFID) will be voted on in plenary session this Friday October 26th.

We strongly encourage you to support the amendment proposed by Arlene McCarthy MEP which calls for an EU-wide ban on commissions and inducements for financial advisors (not only for independent advisors).

Such a ban would improve the quality of investment products and advice which are of key importance for consumers in Europe.

For example, for the millions of consumers needing to buy a house, children wishing to pursue tertiary level education, the growing European pensioner population all in combination with the fiscal challenges in many Member States, make prudent personal savings and investments imperative.

And so commissions and inducements paid to financial advisors by product providers can lead to misdirected investments by consumers as the advice can be biased by the commission on offer to advisors.

Contrary to the claims of ban opponents, such a measure will not lead to more expensive investment products for consumers – what is often conveniently omitted is that retail investors are already unknowingly paying for advice via charges and annual commissions on products. On top of this, they cannot be sure who the actual product is good for, them or the advisor. Investments are sometimes recommended even in instances where the consumer should first be repaying credits debts or simply keeping a bank deposit.

In response to mis-selling which affected thousands of consumers, the UK is already introducing a ban on commissions and The Netherlands is acting similarly on all complex insurance and credit products. Finland already has banned commissions for retail insurances.

The consumer will not be left without information or advice. Generic advice (not personalised advice) will develop and this is of better value than a commission driven recommendation. We also refute industry claims that consumers will refrain from paying for advice. When consumers realise that making an investment will not cost more than today, that products carry fewer entry fees and costs and that they can rely on the received advice, the barrier to pay for advice falls.

We sincerely hope that you will consider our concerns and support this crucial amendment.

NB: Please see annex for a more detailed answer to the question why consumers will be willing to pay for investment advice.