Currently the European Parliament and the Council are negotiating the structure of the Single Resolution Mechanism (SRM). In case of bankruptcy the SRM shall resolve the bank as quickly and effectively as possible to minimize contagion and the repercussions for the financial system. The creation of the mechanism was initiated to protect the taxpayers. In order to do so it is key that the resolution can be completed within a weekend’s time. However, the German government undermined the original proposal of the Commission on the SRM in favour of intergovernmental structures.

We sketched a diagram to visualise the design of the mechanism the European governments agreed in December. The result leaves me speechless, but see for yourself: 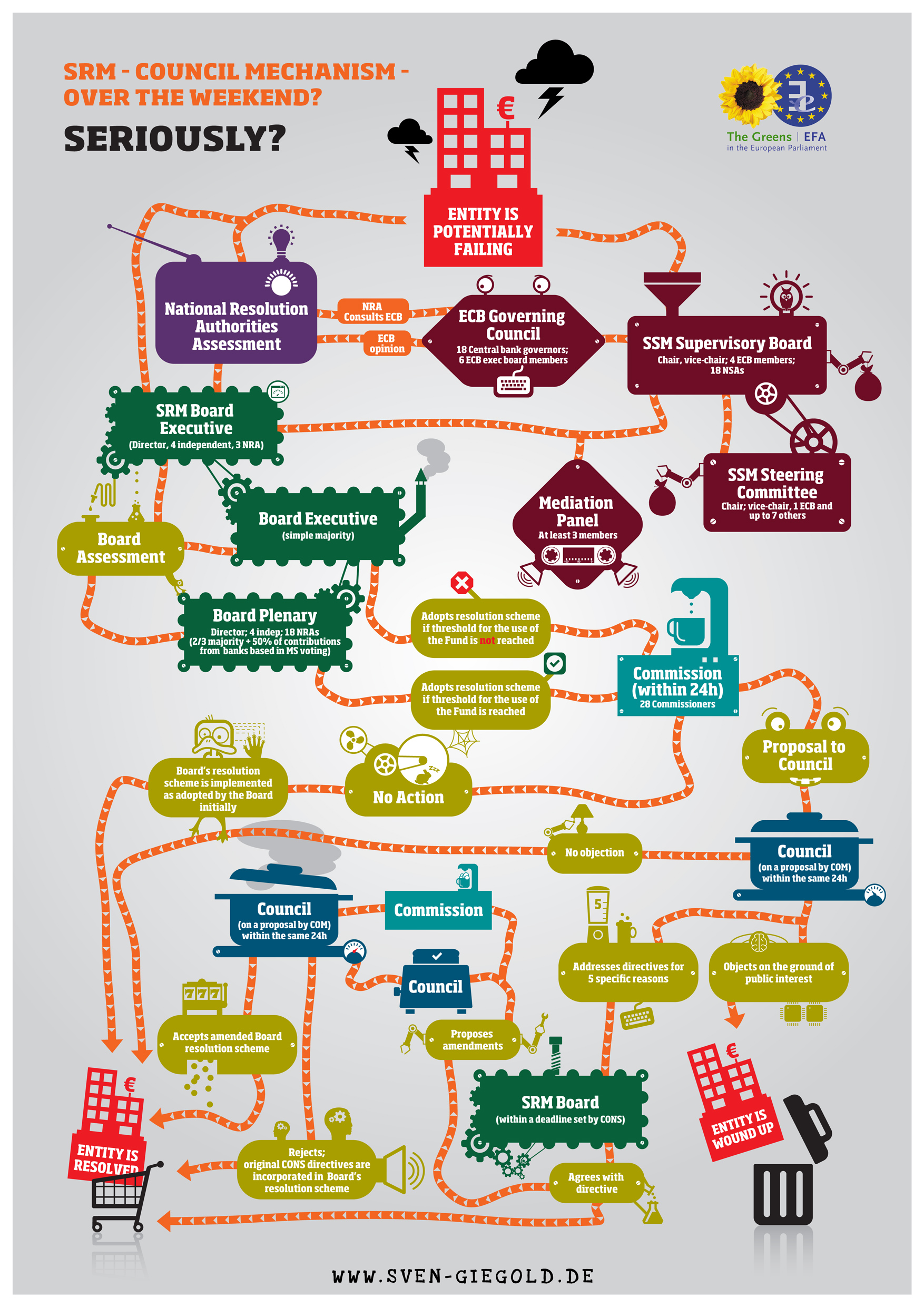 P.S: You can help spreading the diagramme on twitter.